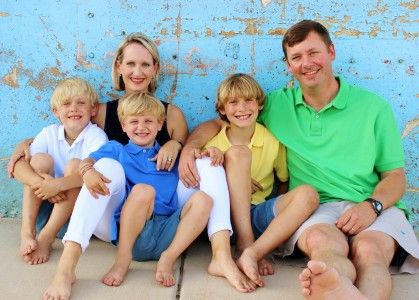 Will and Kaci Holland are from Columbus, GA and have three boys: Wilson (10), Woodruff (8) and Walter (6). Having desired to adopt for years, the Holland’s finally began their adoption journey in July 2015. They are “super excited and scared all at the same time.” The boys talk about having a little sister and “can’t wait to dress her in camo.”

At first unsure if they should adopt domestically or internationally, the Holland’s began to receive clarity from the Lord about pursuing an adoption from China. “Considering that we already have three boys,” says Kaci, “adopting a boy just felt comfortable. But we decided to adopt a girl so our sons could have a sister and we could both have a daughter.”

“We are blessed Clement Arts chose our family as we follow God’s calling to bring home our little girl.”