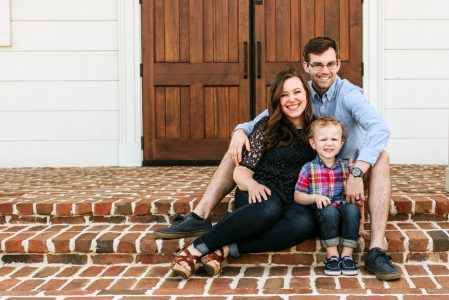 Even before Jesse and Lauren got married, God started whispering the idea of adoption into their hearts individually. When they started dating, it soon became a part of their conversation and prayers. When they got married in 2013, they moved to Columbus and became members of Crosspointe Church, where their love for adoption grew even more! They are Mom and Dad to three-year old Judah. Jesse is the Director of Operations at Chick-fil-A, and Lauren teachers music at Calvary Christian School (and classes and camps with Clement Arts). After years of seeking counsel and prayer, they are currently waiting to be matched in a domestic adoption through a Christian adoption agency based in Georgia! They are incredibly thankful to be walking this journey in such an adoption rich community, and they feel so blessed to be supported by Clement Arts!

The Wood family was supported by Clement Kids Summer Camps 2018.